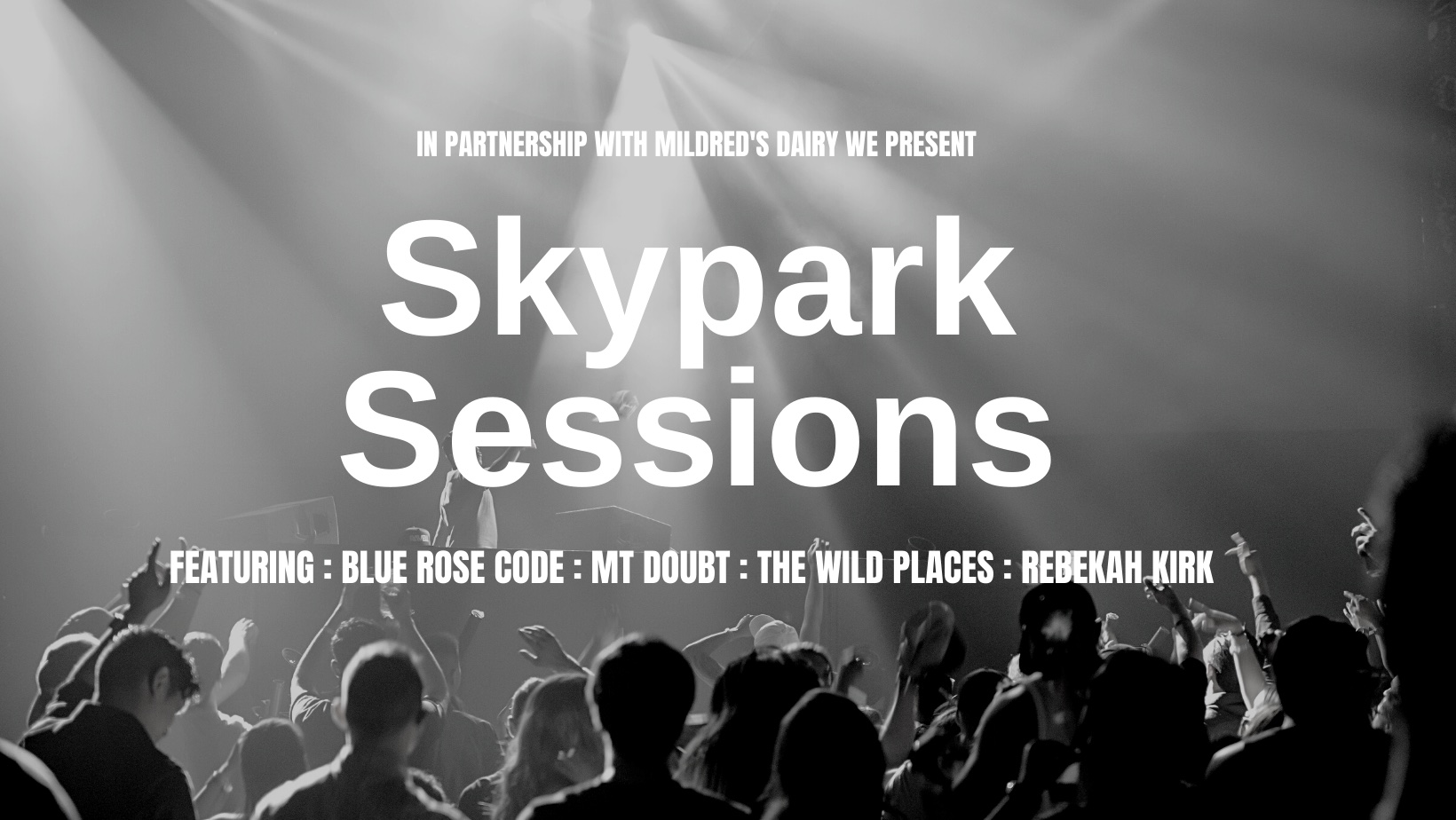 Skypark, one of Scotland’s premier business locations, has announced a second  music Sessions that will see Scottish Stars Blue Rose Code, The Wild Places,  Rebekah Kirk and Mt. Doubt come together on 30thSeptember to record new material in live sets for the first time in 15 months. The sets will be streamed free to fans on 21 and 28 October, 4 and 11 November, giving bands and singers  promotional collateral, helping to boost the recovery of live music after the pandemic.

A long-standing supporter of Scottish arts programmes – including Glasgow International, Arts and Business and Skypark Curatorial Fellowship 2019 in partnership with the GSA – Skypark Sessions is the second of two music sessions to launch in partnership with Mildred’s Dairy Promotions.

Skypark’s strategic lettings advisor Angela Higgins of Resonance Capital said: “The Sessions will give new music exposure and promotional collateral at a time when live music is trying to get back to normality after this pandemic. It’s a privilege to present new music by Blue Rose Code, The Wild Places, Rebekah Kirk and Mt. Doubt. It’s free for anyone to watch the gigs, that will stream across our social media channels in October and November.  Sign up to the Skypark Facebook Page for notifications of when the Sessions go live.”

Blue Rose Code is Edinburgh-born songwriter Ross Wilson. At the edge of contemporary alt-folk, Wilson’s music evokes a meeting of Van Morrison and a young John Martyn, both shipwrecked with a bunch of Motown records. Ross Wilson said: “It’s an electrifying gift to be able to be able to sing, play and share these moments again.”

Up and coming singer and songwriter, Rebekah Kirk from Cambuslang, Glasgow is Songwriter of the Year 2021 at the University of West of Scotland. She wrote her first song age 10 when she began gigging. In 2018, Rebekah worked with Stormzy and Florence + The Machine’s backing vocalists in a London studio, recording her first few singles and in 2019, she worked with BAFTA Award winning director Tim Courtney on the stunning music video to her debut single Haunted. She said: “It’s great to get this opportunity as due to the pandemic I have been unable to play live. Thanks to the Sessions more people will hopefully get the chance to get to know me and my songs. I am excited to be a part of the Skypark sessions as it will be great to showcase some acoustic versions of some songs I hope to release as singles in the near future.”

Formed in 2014, Glasgow band The Wild Places will play new songs from their debut album ‘Wires’ released in February 2020. The trio are multi-instrumentalist Ewan Fergus,  Neil Plews on bass and Tim Berridge on drums.   The album was recorded entirely in their homes. Speaking about the past year singer-songwriter Ewan Fergus said: “Thanks to our very patient families, we basically did everything ourselves. Even Tim’s massive drum sound was recorded in my living room with a full drum kit, which my very kind family and cat were good enough to put up with. Chaos… but it worked.  It was gutting to do all that work and not be able to play the songs live to anyone.  But now things are opening up we hope to change that soon. We are also thrilled to be doing a Skypark Session and get back to what we do best: playing live.”

Founded in 2015, Edinburgh’s Mt. Doubt has released three albums and three EPs, performing alongside the likes of Idlewild, White Lie and Admiral Fallow.    Leo Bargery of Mt. Doubt said: “The tracks we’ll be playing are from our most recent album ‘Doubtlands’, which came out in October 2020. We’re going to play ‘Caravans on a Hill’, ‘Dark Slopes Away’ and ‘Waiting Rooms’.  Being involved in the sessions is going to benefit us as a band in an array of ways not least just being able to be back together. Our record also came out during lockdown, so no-one has seen us perform these songs. That will be exciting and a good test for us ahead of upcoming shows towards the end of the year. Hopefully, new people will see the sessions, like the songs and grab a record too!”

Bobby Motherwell, founder of Mildred’s Dairy Promotions that has partnered with Skypark in the creation of the event said: “We jumped at the chance to be involved in this great initiative to help Scottish artists get their new music heard during what has been, a very testing year for musicians and the live music scene in Scotland. We think this is a great idea and a great way to bring musicians, artists and music fans together.”

The first Skypark Sessions recorded in July and featured singer and songwriter Findlay Napier and musician and singer Daniel Meade.   You can watch these back on Youtube

Sign up to Skypark Facebook Page for notifications of when the Sessions go live. Watch #skyparksessions stream live on: 21 & 28 October, 4  &11 November. 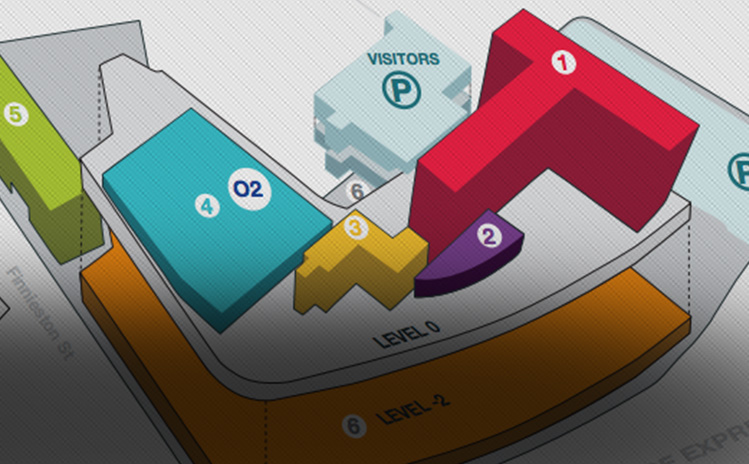 Maps to and around Skypark 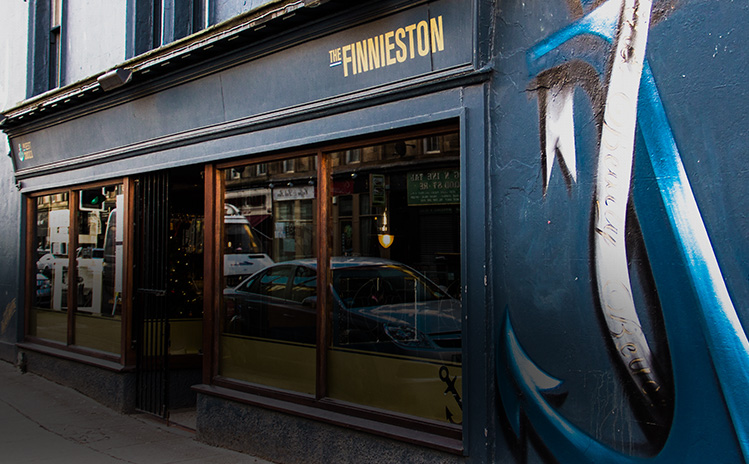 The city's most exciting attractions are on Skypark's doorstep - here's a guide to food, culture & fun nearby